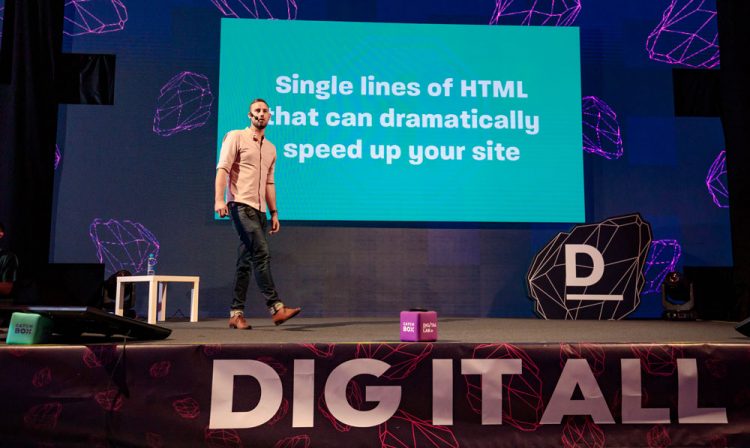 The future can be bright – and digital!

New generation digital designers and developers – as these young, modern and free people are called, gathered on the last weekend of September, woke and shattered the sleepy mining town, which was preparing for a long vacation after a busy and very successful tourist season. Who dug any lumps from the depths of the Labin ground that could attract the currently most sought after and best paid workforce in the country – IT professionals?

Last year, just around this time, the first edition of the Digital Lab.in conference took place – and obviously not so much by chance as it seemed at first. It was attended by some international celebrities, came down to the sea and Zagreb, made a little noise in the city – but still, only tech fans of the web technology heard about Smashing Magazine, Built in Amsterdam or Dogstudio. This year, the second edition, even more modestly announced, brought to Labin brands that speak much more about the power and importance of this seemingly small conference – Google, Booking.com, Raiffeisen, and local Infobip – world-class brands that even those who use computers and cell phones for e-mail or
Facebook only, are familiar with. In other words – something big and unexpected was happening in that small hidden Labin – and certainly not without reason!

Over four hundred accredited participants, two days hosting five professional workshops and more than ten keynote presentations by local and international IT and web professionals, small hall SC Franko
Mileta, which looked like a production venue for the Eurovision Song Contest, the closing party in Lamparna – all this required an organization that could not have happened by accident or “coincided”
with a series of fortunate circumstances. However, there is neither big capital, nor gigantic companies, nor public machinery behind it all, only one, still small, but rapidly growing, persistent and professional team of Lloyds Digital company from Labin, which, with a strong production support of local event professionals from Vedras and Level 52 audio and video creatives, has proven that a sincere and heartfelt approach, without any ulterior motives but with a clear aim can bring big and important brands even to a small environment.

A bright future is guaranteed for this conference – as well as for digital and ICT professionals in Labin. So, don’t be surprised if the third edition of Digital Lab.in will be discussed in the coming weeks and the
first ticket sales for September 2020 start. The future is around the corner, and Labin is fortunate to have a team that knows the shortcut to it.